Rabbi Chaim Joseph David ben Isaac Zerachia Azulai (1724 – 21 March 1807) (Hebrew: חיים יוסף דוד אזולאי), commonly known as the Chida (by the acronym of his name, חיד"א), was a rabbinical scholar and a noted bibliophile, who pioneered the history of Jewish religious writings.

He was born in Jerusalem, where he received his education from some local prominent scholars. He was the scion of a prominent rabbinic family, the grandson of Rabbi Abraham Azulai. His main teachers were Isaac ha-Kohen Rapoport, Rashash, and Chaim ibn Attar (the Ohr ha-Chaim). At an early age he showed proficiency in Talmud, Kabbalah, and Jewish history.

In 1755, he was—on the basis of his scholarship—elected to become an emissary (shaliach) for the small Jewish community in the Land of Israel, and he would travel around Europe extensively, making an impression in every Jewish community that he visited. According to some records, he left the Land of Israel three times (1755, 1770, and 1781), living in Hebron in the meantime. His travels took him to Western Europe, North Africa, and—according to legend—to Lithuania, where he met the Vilna Gaon. Wherever he went, he would examine collections of manuscripts of rabbinic literature, which he later documented in his Shem ha-Gedolim.

He settled in the 1770s in Livorno, Italy, where most his works were published, and died there. He had been married twice; he had two sons by the names of Abraham and Raphael Isaiah Azulai. 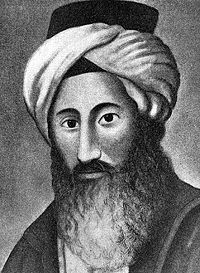