Ze'ev (Vladimir) Jabotinsky , 18 October 1880 – 4 August 1940) was a Zionist leader, author, orator, soldier, and founder of the Jewish Self-Defense Organization in Odessa. He also formed Jewish Legion in World War I, as well as founder and leader of the clandestine Jewish militant organization Irgun.

Born in Odessa, Ukraine, Russian Empire, he was raised in a Jewish middle-class home and educated in Russian schools. While he took Hebrew lessons as a child, Jabotinsky wrote in his autobiography that his upbringing was divorced from Jewish faith and tradition.

Jabotinsky's talents as a journalist became apparent even before he finished high school. His first writings were published in Odessa newspapers when he was 16. Upon graduation he was sent to Bern, Switzerland and later to Italy as a reporter for the Russian press. He wrote under the pseudonym "Altalena" (the Italian word for 'swing'; see also Altalena Affair). While abroad, he also studied law at the University of Rome, but it was only upon his return to Russia that he qualified as an attorney. His dispatches from Italy earned him recognition as one of the brightest young Russian-language journalists: he later edited newspapers in Russian, Yiddish, and Hebrew. He married Anna Markova Gelperin in late 1907. They had one child, Eri.

After the Kishinev pogrom of 1903, Jabotinsky joined the Zionist movement, where he soon became known as a powerful speaker and influential leader. With more pogroms looming on the horizon, Jabotinsky established the Jewish Self-Defense Organization, a Jewish militia, to safeguard Jewish communities throughout Russia. Jabotinsky became the source of great controversy in the Russian Jewish community as a result of these actions. Around this time, he set himself the goal of learning modern Hebrew, and took a Hebrew name - Vladimir became Ze'ev ("wolf"). During the ensuing pogroms, he organized self-defense units in Jewish communities across Russia and fought for the civil rights of the Jewish population as a whole. Jabotinsky was elected as a delegate to the Sixth Zionist Congress. In 1909, he fiercely criticized leading members of the Russian Jewish community for participating in ceremonies marking the centennial of the Russian writer Nikolai Gogol. In view of Gogol's anti-Semitic views, he said, it was unseemly for Russian Jews to take part in these ceremonies; it showed they had no Jewish self-respect. 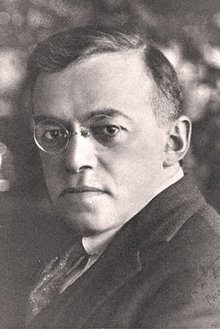