Lieutenant Colonel Arad is an F-4 Phantom WSO on a mission to attack PLO targets near Sidon, in Lebanon, on October 16, 1986. Apparently a bomb dropped by the jet exploded prematurely in the air causing damage to the aircraft that forced Arad and the pilot to eject. The pilot was rescued a few hours later, but Arad was captured by the Lebanese Shi'ite militia Amal.

Arad was brought to Beirut and held by the then head of security of Amal, Mustafa Dirani. The leader of the Amal Militia, Nabih Berri, announced that he was holding Arad, and proposed an exchange for Shiite and Lebanese prisoners held in Israel.

In 1987, three letters in Ron's handwriting and two photos of a bearded Arad were received, proving Ron was alive. The Israeli government negotiated for his release, but talks failed in 1988. There are inconclusive indications that Arad was then "sold" to Iran and killed by members of the Iranian Revolutionary Guards. After this time, credible information about Arad has been hard to discover, though unsubstantiated claims of new information are made regularly.

In an effort to bring about his release, Israel captured Sheik Abdul-Karim Obeid, a member of the Lebanese Hezbollah, in 1989 and Mustafa Dirani in 1994. The Israeli government claimed they were being held in order to find out information about Arad. During his interrogation by military officers, Dirani reportedly disclosed that on 4 May 1988, Arad had been turned over first to a Hezbollah militia unit and then to Iranian Revolutionary Guards, who were in Lebanon at the time aiding Hezbollah guerrillas. But neither Iran nor any guerrilla group has ever offered any useful information about his fate. Allegedly, Dirani received US$300,000 for transferring Ron Arad to the Iranians. Karim-Obeid and Dirani were released in 2004 as part of a POW swap for Elchanan Tenenbaum. No information on Arad's fate was released after the swap.

In 2003, Israeli Prime Minister Ariel Sharon revealed that an intelligence agent had been killed during efforts to retrieve Arad. In October, 2003, three former Iranian diplomats and intelligence officials who had moved to Europe said that Arad was alive and being held near Tehran. They reported that he had been hospitalised a number of times, and had also tried to escape. In December 2003, an organization seeking information about Ron issued a reward of 10 million dollars to anyone who brings such information.

In 2006, the leader of Hezbollah, Hassan Nasrallah, publicly stated that Hezbollah believed Arad to be dead and his remains lost. This marked the first time they have publicly acknowledged their lack of knowledge about his whereabouts.

On August 28, 2006, the Lebanese Broadcasting Corporation broadcast new footage of Arad. The footage is believed to have been made in 1988.

In October 2007, Israel received a two-decade old letter written by Arad to his family. Israel is still working on the assumption that Arad is alive. 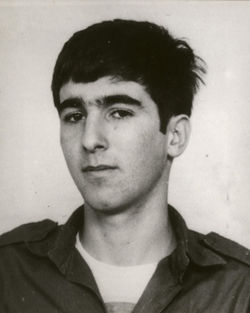