Rehavam "Gandhi" Ze'evi (help·info) (Hebrew: רחבעם "גנדי" זאבי‎, born 20 June 1926, died 17 October 2001) was an Israeli general, politician and historian who founded the right-wing nationalist Moledet party. He was assassinated by Hamdi Quran of the Popular Front for the Liberation of Palestine (PFLP), becoming the only Israeli politician to be assassinated during the Second intifada.

Rehavam Ze'evi was born in 1926 in Jerusalem. He joined the Palmach in 1942, and served in the Israeli Defence Forces after the creation of Israel. In May 15, 1948 A.D. he was a platoon leader in the lost battle of Malkiyah. His task was to block, with 30 men, the local Arabs who came to help the Lebanese army attack. One of the soldiers from that battle described the view when the sun rose and all the mountain in front of them was black with Arabs. Ze'evi succeeded in his task, but the battle was lost. Instead of destroying the first battalion of the Palmach, that retreated with many wounded, the Lebanese army went after Ze'evi's unit. Ze'evi left a wounded light machine gunner to cover a retreat, took all the weapons and the other wounded people, but left the bodies of the dead behind. From 1964 to 1968 he carried out the duties of the Chief of the Department of Staff in the Israeli General staff. The next 5 years he served as the Commander of the Central Military District (Hebrew: אלוף פיקוד המרכז). He retired in September 1973, only to rejoin the army at the beginning of the Yom Kippur War (October 6, 1973). A close friend of IDF Chief of Staff David Elazar, he was appointed "Special Assistant to the Chief of Staff" and was rarely away from Elazar's side during the Yom Kippur War. Ze'evi was a highly efficient staff officer, in contrast to the Deputy Chief of Staff, Maj. Gen. Israel Tal, and encroached somewhat into the latter's duties during the war. Ze'evi then served for several more months as the Chief of the Department of Staff. He finally retired, with the rank of major-general (אלוף) in 1974.

In 1974 he became Prime Minister Yitzhak Rabin's consultant on combatting terrorism. The following year he was appointed as the prime minister's adviser on matters of intelligence. Ze'evi resigned from this position in 1977, when Likud's Menachem Begin became prime minister. In 1981, Ze'evi was appointed the director of the Eretz Israel Museum in Tel-Aviv. In 1987, he co-edited a series of books describing various aspects of the Land of Israel, based on artifacts from the museum. Ze'evi is famous for having one the largest collection of books about Israel and its history.

In 1988, Ze'evi established Moledet (Homeland). His movement's platform consisted mainly in the population transfer of Palestinian Arabs from Israel (including the West Bank and Gaza Strip) to the neighboring Arab countries. Ze'evi was greatly disappointed by the Madrid Conference of 1991, and consequently withdrew from the Likud government of Yitzhak Shamir. He stayed in opposition for the following ten years. He disagreed strongly with the Labour governments of 1992-1996 (led by Yitzhak Rabin and Shimon Peres) and 1999-2001 (Ehud Barak), however, he looked favourably on the Netanyahu government of 1996-1999 and supported it from the outside.

In 1999, his Moledet movement united with Herut – The National Movement and Tkuma into a single fraction — the National Union. Following the election of Ariel Sharon to Prime Minister in February 2001, Ze'evi joined the governing coalition and was made the tourism minister on March 7, 2001. On October 14 Ze'evi declared that his party would quit the government following the withdrawal of the Israeli Defence Forces from the Abu-Sneina neighborhood in Hebron. His resignation was to become active on October 17, 2001, at 11 a.m.

Ze'evi was shot in the Jerusalem Hyatt hotel on Mount Scopus on Wednesday, October 17, 2001 by four gunmen. He was rushed to the Hadassah Medical Center hospital where he died before 10 a.m. The Popular Front for the Liberation of Palestine took credit for the killing and stated that it was in revenge for the assassination by Israel of Abu Ali Mustafa, killed by Israel in August that year. Israel alleges that Ahmed Saadat ordered Ze'evi's assassination. Tens of thousands took part in his funeral.[

During his youth, Ze'evi went to school in Givat HaShlosha. One night he shaved his head, wrapped a towel round his waist and entered the food hall. The similarity to Mohandas Gandhi earned him Gandhi as his nickname, which stuck with him for the rest of his life. The nickname is also attributed to a long Arab dress he wore during his underground days in Palmach.[ 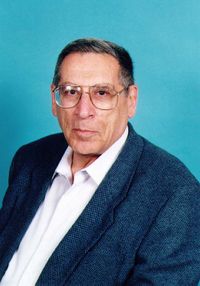