View all events from December

Moshe Zvi Menkin, the son of Rav P’tahia and Rachel Menkin, was born in Lodz’ on the 21st of Sh’vat 5673 (1913). As early as his youth he absorbed the fragrance of Torah, since his father served at the time as the Rav of the town of Krotchka, in White Russia. His mother Rachel, was an educated woman, fluent in several languages, and would assist the people of the town with her wisdom

He arrived in Eretz Israel on 20 Tammuz, 5690 and immediately headed for Jerusalem. Where would he go? To Rav Kook’s home, of course. Rav Kook welcomed the youth with loving, open arms and accepted him into the Yeshiva. Years later Rav Neriah spoke of his years in the Yeshiva: “In Russia, one’s life was centered around one’s personal problems – how to properly observe Shabbat when surrounded by the profane, how to get Kosher food when only one shochet (ritual slaughterer) was available, etc. In the Rav’s Yeshiva I learned how to make community or national Judaism the central part of my life. I learned that each and every person is obligated to think of, worry about, and care for Am Israel, the People of Israel, to see himself as responsible for the People of Israel 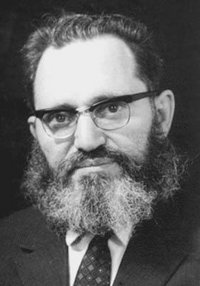