In 1991, the sitting Ethiopian government of Mengistu Haile Mariam was close to being toppled with the recent military successes of Eritrean and Tigrean rebels, threatening Ethiopia with dangerous political destabilization. Several Jewish organizations, including the state of Israel, were concerned about the well-being of the sizable population of Ethiopian Jews, known as Beta Israel, residing in Ethiopia. Also, the Mengistu regime had made mass emigration difficult for Beta Israel residing in Ethiopia, and the regime's dwindling power presented a promising opportunity for those Beta Israel who had been wanting to immigrate to Israel. In the previous year, 1990, the Israeli government and Israeli Defense Forces, aware of Mengistu's worsening political situation, made covert plans to airlift the Beta Israel population in Ethiopia to Israel. This became the largest emigration of Beta Israel to date.

Operation Solomon airlfited twice as many Ethiopian Jews to Israel as Operation Moses and Operation Joshua combined. The operation set a world record for single-flight passenger load on May 24, 1991 when an El Al 747 carried 1,122 passengers to Israel (1,087 passengers were registered, but dozens of children hid in their mothers' robes). "Planners expected to fill the aircraft with 760 passengers. Because the passengers were so slight, many more were squeezed in. [2] Two babies were born during the flight. 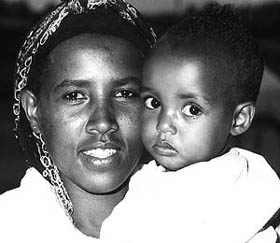